LETTER FROM THE NORTH: HOW EMILE GAFIRITA WAS ABDUCTED BY PAUL KAGAME’S OPERATIVES. 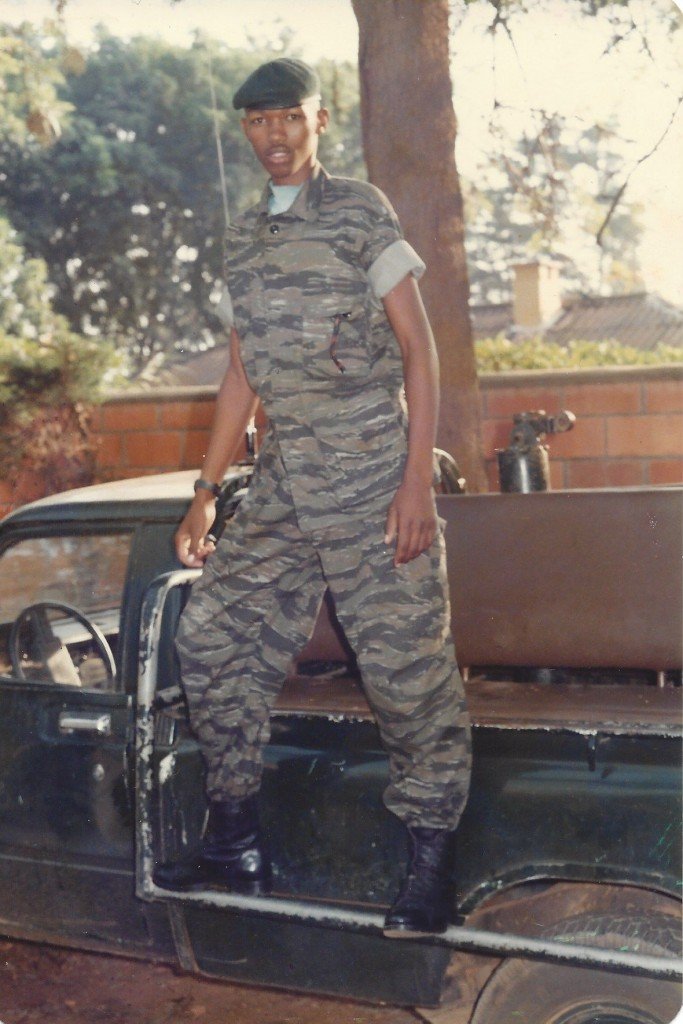 All the individuals that were named by various sources in the shooting down of the Juvenal Habyarimana’s plane came from Kagame’s elite section; these individuals that included Eric Hakizimana, Stevens Twagira, Peter Sempa, Andrews Nyavumba, and Alphonse Kayumba, were all members of the ‘Missiles Section’ under the hit squad team commanded by Lt Franck Nziza (Now Colonel). Within this section that was used to shoot down the Habyarimana Plane, it is only Colonel Franck Nziza and Major Eric Hakizimana that are still alive, as the rest of the group members have been eliminated.

A long the way Paul Kagame has assassinated all those officers that have sufficient and efficient information in the shooting down of the Habyarimana’s plane; starting with the assassination of Colonel Lizinde Theoneste, Captain Herbert Kamugisha who was the head of RPA’s intelligence group at CND, Col Steven Ndugute, Col Patrick Karegeya, Col. Charles Ngoga, Abdul Joshua Ruzibiza etc. Anyone who tried to deviate from Kagame’s line of narrative which is full of fabricated lies; the criminal makes sure you don’t exist in this world and this is the same fate that has met the recent witness.

I would like to admit to Ikaze Iwacu readers that I am not a keen user of Facebook and when I use it, it’s only to communicate with friends, relatives, former school/university friends. After receiving reliable information from a DMI cyber operative, confirming to Ikaze Iwacu that Emile Gafirita was using the Facebook nickname of Ruvunamacumu Ashire, and this facebook page was the first insight that brought Emile Gafirita to the attention of DMI operatives and most especially Paul Kagame. But In trying to analyse the Emile Gafirita issue, the research took me to unfamiliar territory, a place that left me shocked but at the same time impressed at how Rwandans are battling Kagame’s ideologues in the social media, especially on Facebook.

The research helped me to realise why criminal Paul Kagame through death merchant Jack Nziza created a social media team that is now based in Kagugu-Kigali. The most fascinating analysis is how Kagame’s cyber team lacks intellectual facts, logic and analysis. In other words, they are a group of paid mercenaries with nothing to say or defend; but I can impartially admit that, they possess excellent dialect in the field of insults, abuses and they all sing the same lyrics like parrots.

According to our reliable DMI operative, the blogger by the name of Ruvunamacumu Ashire was a headache to criminal Paul Kagame. Rwandans should know that criminal Paul Kagame is hooked and addicted to social media; he has created Facebook accounts with pseudo names to see, read and react to comments that opposition members are writing and posted about him. Paul Kagame put immense pressure to his operatives to find the real person behind Ruvunamacumu Ashire, as he was disturbed with Ashire’s feeds especially detailing Paul Kagame’s killings and cowardice especially during the RPA/RPF war. According to this reliable DMI cyber operative, they uncovered the IP internet addresses that were used to run Ruvunamacumu Ashire, and all came from Uganda. This is when the DMI cyber team briefed and transferred the Ruvanamacumu Ashire dossier to DMI chief, death merchant Jack Nziza. 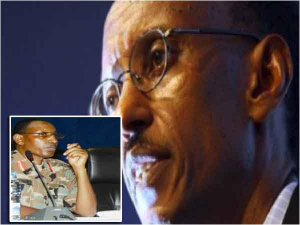 After receiving the dossier from death merchant Jack Nziza, Lt. Col. Burabyo approached Ugandan’s CMI operatives who are under Kigali’s pay role for the help. These CMI operatives contacted their colleagues who work within internet providers like Tigo Uganda and MTN Uganda, to try and retrieve any information on the IP addresses that have ever been used by Ruvunamacumu Ashire. Ikaze Iwacu readers should know that CMI means chieftaincy of military intelligence which is equivalent to Rwanda’s deadly DMI. These paid CMI operatives turned up with a name of an e-mail address that has constantly appeared in all these different IP addresses.

It is this e-mail address that led Lt. Col. Burabyo James directly to Emile Gafirita; this is when DMI operatives started trailing him. While in Uganda, Emile Gafirita was always involved in small businesses and not doing anything out of the odds. He never at any day commented, debated or discussed about the Rwandan politics. The mare fact of being a suspect made Kagame’s assassins to try to kidnap him.

A very reliable DMI personnel who is conversant with this dossier told Ikaze Iwacu that on the 31st -08-2013, while at Najjanakumbi pub, a group that involved John Ngarambe and Corporal Rene Rutagungira tried to kidnap Emile Gafirita. By this time, Emile did not know that he was under the surveillance of Rwanda’s DMI. Emile Gafirita who was in company of Ugandan friends fought off Kagame’s assassins to the point that Rene Rutagungira sustained an eye injury, as these assassins fled the scene. Rwandan’s should be reminded that Rene Rutagungira is a DMI operative who operates in Uganda and he was also involved in the assassination of Charles Ingabire the former editor of Inyenyeri news.

The relocation of Emile Gafirita to Nairobi, Kenya

According to this DMI operative, it was after the death of Col Patrick Karegeya, that Ruvunamacumu Ashire started again to post feeds on facebook. But, this time with vengeance and more revealing information that attacked and touched the RPF’s terrorist organisation and its criminal leader Paul Kagame. By this time, Ruvunamacumu Ashire’s facebook account was operating from three different IP addresses spanning in three different countries of America, Belgium and Kenya.

At the beginning of this year, Paul Kagame’s DMI operatives were busy and involved with other immediate issues in Burundi, DR Congo, Tanzania, South Africa, Europe, America and Rwandans inside the country were also starting to voice their opinions. Therefore, the issue of Ruvunamacumu Ashire was shelved by DMI as he was not an immediate concern for the system; but his dossier was transferred to Peter Matsiko in Nairobi; for locating his where about.

At the beginning of August 2014, Marc Trévidic and Nathalie Poux came out to announce in public that they will be re-opening the Habyarimana plane crash investigation, as there is new and important information from a very reliable individual. Marc Trevidic and Natalie Poux came short of naming that individual. When Paul Kagame heard that there is a new witness and the witness is not from his side of camp; a very panicky Paul Kagame instructed his criminal deputy, Jack Nziza, to investigate at all cost and find the real identity of this new witness.

This is when Jack Nziza instructed Olivier Kayumba, Rwanda’s 1st secretary to France and head of external DMI in France, to try and find out the real identity of this individual. Our reliable informer, continuous to tell Ikaze Iwacu that it took Olivier Kayumba just less than a weak to identify this individual, and this DMI operative affirms that “there is no way Olivier Kayumba would get that sensitive information without the help of someone within Marc Trévidic and Nathalie Poux’s office. This high quality intelligence must have been provided by someone in their office who is close to Kagame’s regime and his spy network.”

Olivier Kayumba informed his boss Jack Nziza the real identity of the new witness and this witness was Emile Gafirita. Criminal Paul Kagame was briefed about the development, and that is when he ordered Jack Nziza to kidnap Emile Gafirita for enhanced interrogation, and learn on what he has already talked to the French Judiciary, who may have encouraged him to come out after all these years and if he had contacts with Abdul Joshua Ruzibiza before his death.

By this time, death merchant Jack Nziza briefed Captain Peter Matsiko who is Rwanda’s embassy first secretary in Kenya and a very seasoned DMI operative. He was briefed about the impending situation and the Captain assured Jack Nziza that he knows the real address of Emile Gafirita, the address which he had attained in previous investigations on him in relation to his blogging work. Captain Peter Matsiko was instructed to set all the logistics for his kidnaping.

Ikaze Iwacu readers should know that Captain Peter Matsiko is a seasoned and a notorious DMI operative. Our informer also told Ikaze Iwacu that, “Like his boss Jack Nziza, Peter Matsiko is also 100% Umufumbira from Kisoro in Uganda.” A three car convoy led by Col Franco Rutagengwa left Kigali on the 12th-11-2014 bound for Kenya, making a stopover in Kampala to pick Lt. Col Burabyo James and Corporal Rene Rutagungira. This squad of criminal Paul Kagame’s killers arrived in Nairobi on the 14th-11-2014. They were housed in a leafy mansion situated in Embakasi suburb of Nairobi and owned by a Somalian businessman.

Our reliable DMI informer told Ikaze Iwacu that this Somali businessman is named/called Daahir Abdullahi who is Kenyan by birth. But Rwanda’s DMI operatives nicknamed him Farrah Aidid; this man knows all the DMI killings in Nairobi. He is the point of contacts for DMI operatives in Nairobi, as he provides them with transport, weapons and he is the one who corrupts Kenyan officials on behalf of Rwanda/DMI. This mansion house at Embakasi, was then used as operation centre by these DMI agents led Col Franco Rutagengwa.

Mr Emile Gafirita was kidnapped on his way home after meeting a supposed Burundian “friend,” but at this time, this friend had also been bought by Captain Peter Matsiko to lure him in an area that will be easy for his kidnapping. The Rwandan DMI avoided causing mayhem in the streets of Nairobi; they let a group assembled by this Somalian Businessman to kidnap him and then handed to Franco Rutagengwa’s group; that is what really happened on this fateful day of 19th/11/2014.

According to this reliable DMI operative, Emile Gafirita was held at this mansion owned by the Somalian businessman; as this businessman was planning through corrupting Kenyan officials on how Emile Gafirita can be sneaked out of the country. On the 22nd-11-2014 that is when Col Franco Rutagengwa and his group left Nairobi; and on the 23rd-11-2014 Emile Gafirita was delivered to criminal Paul Kagame.

Our reliable DMI informant told Ikaze Iwacu that Emile Gafirita is currently being held at Gako military detention centre, where he is going through vigorous torture and questioning. This officer told Ikaze Iwacu that “Emile Gafirita will meet the same fate like Aime Ntabana. He will be tortured for information and after seeing that he has nothing to tell, he will then be disposed/killed.”

Criminal Paul Kagame will be responsible for Emile Gafirita’s death, but the French judges Marc Trévidic and Nathalie Poux bare the largest responsibility for telling the world that “there is a new individual of interest with substantial information in regard to the shooting down of Habyariman’s plane.” These judges went public with this information without setting any protection mechanisms for their witness. The most disturbing development is that the name leak of Emile Gafirita came from their office. Are these judges under criminal Paul Kagame’s pay check????

A note of warning

I would like to warn Major Micombero Jean Marie to be careful as criminal Kagame’s DMIs are encircling on him. As a person who has information on the shooting down of Habyarima’s plane, you’re a target in front of RPF’s criminal’s enterprise. Being also death merchant Jack Nziza’s number one enemy, this puts your name on the top of people to be eliminated.